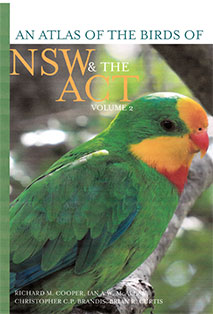 Media Release
On Thursday 22 September at the Australian Museum, Sydney, a dedicated group of volunteers was recognised by the Royal Zoological Society of NSW’s Whitley Awards Committee when their publication ‘AN ATLAS OF THE BIRDS OF NSW & THE ACT: Volume 2’ was announced as the Best Zoological Resource published on any Australian fauna or flora during 2016. The 2nd Volume is one of a 3 part set which, when complete, will cover every species found in NSW and the ACT, including the Lord Howe group, and what needs to be addressed for the long-term welfare of each species.

Needless to say, the authors and the NSWBA were delighted! A total of 69 books were reviewed by the RZS across 12 categories including children’s books, field guides, and Multi-volume Handbooks of Fishes and Mammals of the world. To be considered the best of its kind amongst such highly esteemed works is indeed an honour.

The NSWBA Co-ordinator, David Martin, said “he was thrilled that the Whitley Award Committee of the Royal Zoological Society of NSW had recognised our Bird Atlas as the Best Zoological Resource published during 2016”. He added that “Our group is indebted to the dedicated band of birders who collaborated in systematically surveying New South Wales and its waters in order to document the changing distributions of those bird species that find their homes here. This commendation recognises the quality and excellence of the contribution the NSWBA is providing for Australian birds and their conservation.” 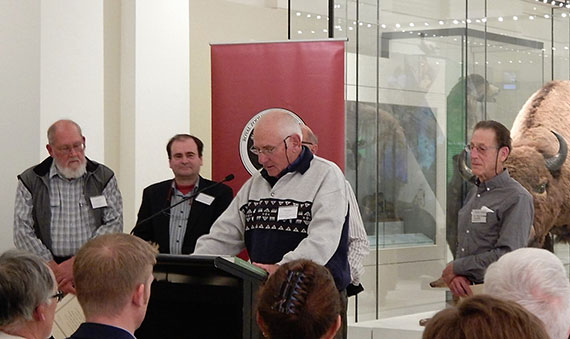 Lead author Richard Cooper, in his acceptance speech, was generous in his praise of all the hundreds of contributors who had done the field work over 40 years. The RZS commendation reinforces the value of the work of the NSW Bird Atlassers Inc. and gave credit to the vision of the past and present members of NSWBA Committee, the many people who supported the data collection, contributed photographs and/or provided the much needed financial support.

The award presenter Dr Phil Straw said the incredible detail of the book was a key feature. When the final volume is published all Australian Bird species found in NSW and the ACT will have their current habitat, distribution, migratory habits and current status assessed. The Atlas is a benchmark for the scientist, environmentalist and field observer alike. 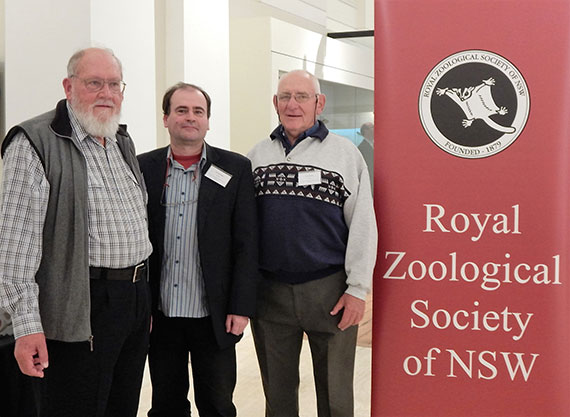 The Committee, Members and all Ornithological groups offer their congratulations! 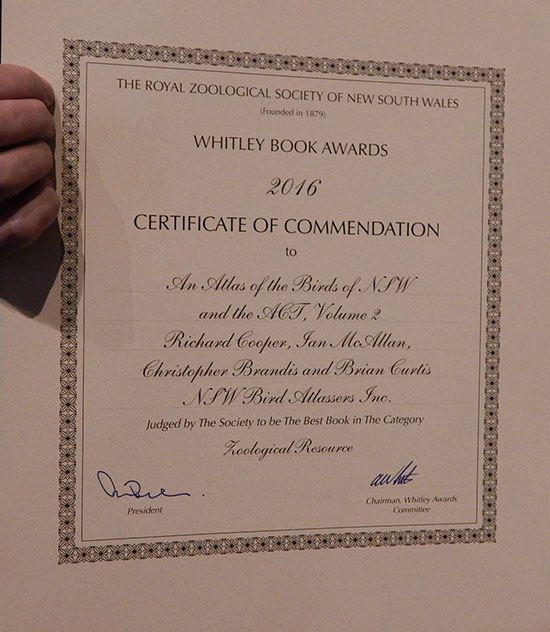 Footnote: The NSW Bird Atlassers Incorporated (NSWBA) was established in 1982 as an independent, volunteer-based, non-profit group with the joint aims of monitoring the distribution of birds in New South Wales and the Australian Capital Territory, preserving habitats, providing a proper basis for environmental impact studies and for other ornithological reference purposes.

Normally, Whitley Awards are presented in person at a ceremony held at the Australian Museum. However, due to COVID-19, the 2020 Award presentations could not take place.

Volume 3 provides detailed accounts of all native and introduced species from the Eastern Spinebill to the Common Greenfinch, commentary on several birds now considered to be NSW regulars plus the Lord Howe Island endemic or near-endemic species and a comprehensive listing of all verifiable records of those birds known to be vagrants to NSW. In addition, lists of unconfirmed species and species that are no longer extant here complete the volume.

The complete set now provides a comprehensive account of the breeding and non-breeding distribution for each of the 529 species found in NSW and the ACT, including Lord Howe Island. Supporting the text for each species are maps, graphs and tables featuring current distributions, seasonality and historic range changes, monthly breeding patterns and monthly and annual reporting rates and an assessment of their current status. These are based on an extensive set of data which remains the largest and longest running dataset collected with consistent methodology in NSW. Users can have confidence that the observed trends are real. 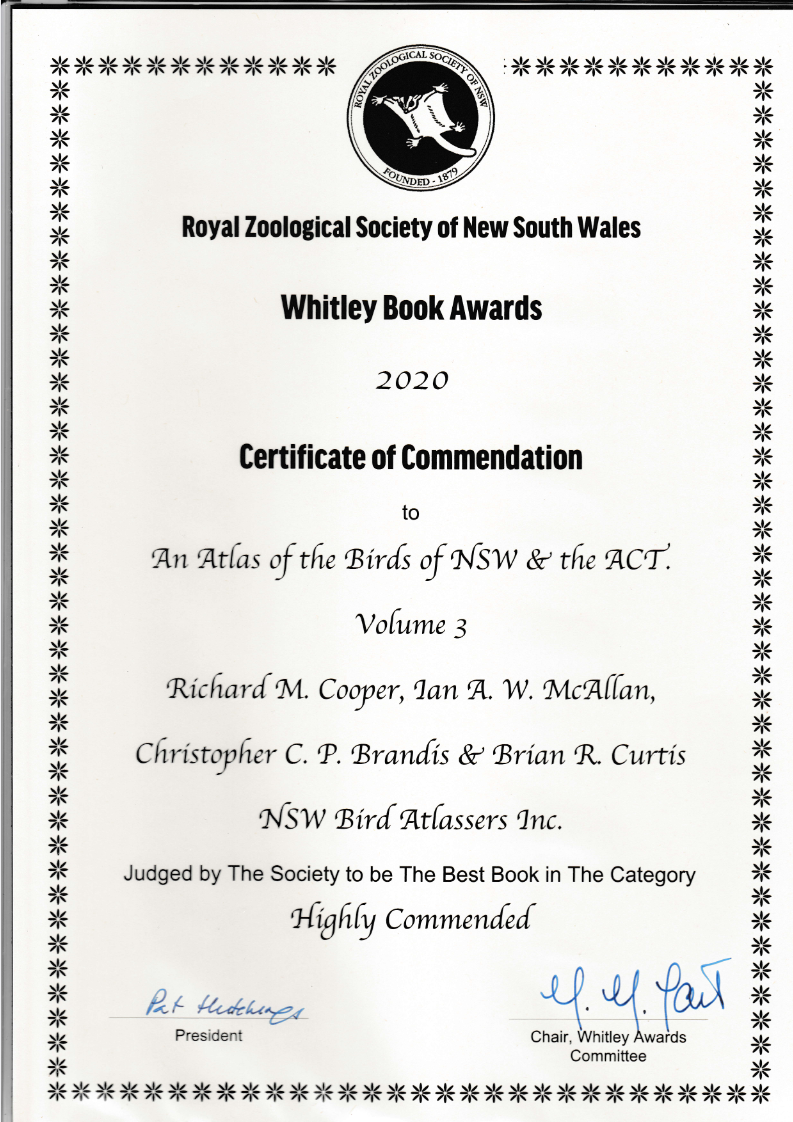