The John Hobbs medal was once awarded by the NSW regional group of Birds Australia, but since 1999 has been a national award which is conferred for “outstanding amateur contributions to Australasian ornithology”. 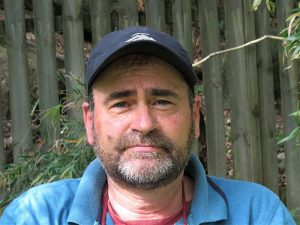 Ian McAllan has been an active birder and a keen student of all aspects of nature for most of his life. He is interested in all birds though strongly oriented to those found in the Australasian region. He has a deep knowledge of plants and especially their relationship to birds. His research interests include taxonomy, biodiversity, systematics, species diversity, conservation, conservation biology, invasive species, distribution, wildlife conservation and endangered species. Arguably, his knowledge of the history of Australian ornithology is second to none and is firmly based on detailed investigations of the diaries of many early Australians and others who collected specimens or otherwise specialised in studying birds. Arnold McGill drew attention to Ian’s exceptional research skills, evident in many of his publications on species’ type localities and early records and a noteworthy feature of An Atlas of the Birds of NSW and the ACT.

Ian is or has been a member of BirdLife Australia and its antecedents, the New South Wales Bird Atlassers, the NSW Field Ornithologists Club (now Birding NSW), the Australian Bird Study Association and other regional and international birding organisations.

Ian has published or collaborated on numerous articles in regional, national and international periodicals over nearly 40 years, including The Emu, Australian Field Ornithology, Corella, Australian Birds, Sunbird, South Australian Ornithologist, Records of the Australian Museum, Memoirs of the Queensland Museum, Notornis, and Bulletin of Zoological Nomenclature among others. Important and substantial publications with which he has been involved as a driving force and as a significant contributor include The Birds of Western New South Wales: A Preliminary Atlas (1995), A Guide to Bird Habitats in NSW (1999), The Birds of the Lord Howe Island Group: A Review of Records (2004 and currently in revision), Field Guide to the Bushland of the Lane Cove Valley (2010), The Birds of Christmas Island, Indian Ocean: A Review (2014) and, notably, the award-winning three-volume An Atlas of the Birds of NSW and the ACT (2014–2020). He is currently preparing another major paper on the birds of the Cocos (Keeling) Islands.

In 1977, at 17 years old, he volunteered to help with the Historical Atlas component of the then Royal Australasian Ornithologists Union’s 1977–1981 Australian Atlas project and he was able to make an important contribution to the project. On completion of that Atlas, he became involved in the formation of the New South Wales Bird Atlassers Inc. (NSWBA). He soon joined the NSWBA Committee and subsequently he was appointed as that organisation’s Scientific Officer to guide its research projects and he remains in that position to date. He has been active in promoting bird atlassing and has spoken in detail on the knowledge to be gained from it; in addition, he has submitted newsletter articles to support the value of atlassing and to provide others with a better understanding of birds, their movements and habitat requirements. Ian has personally submitted over 92,000 species records to the NSWBA Atlas.

The published NSW Atlas was based on 6.5 million records and highlighted a significant decline in 203 species up to 2006. The NSWBA database now holds ~10 million records and the NSWBA Committee recently endorsed a proposal by Ian that the dataset at 31 December 2020 should be used as the basis for a 50-year study evaluating whether the bird population trends identified in the Atlas persist. Dr Richard Major, Principal Research Scientist at The Australian Museum, Sydney, has previously indicated that long-term quantitative survey data and analysis is far-sighted and, though beyond the vision of any government, is critical to properly assess the conservation needs of species.

Ian has demonstrated a deep commitment to the bird species inhabiting NSW and the ACT; he has devoted most of his life to actively contributing knowledge of native birds and the habitat elements essential to their conservation. In the process, and given that he has mostly been employed in an unrelated field, he has taken the term ‘amateur ornithologist’ well beyond that envisaged by many professionals in this field of endeavour.